Contribution of Belarus to the world’s architectural treasury

In the Middle Ages Belarus was called “the land of castles”. Every 20-30 km there were fortified cities and towns protecting the neighboring population. Belarus equals any European country in the number of monuments. Moreover, many Belarusian sights have no analogues in the world.

The treasury of world culture includes the Belovezhskaya Puscha, the Mir Castle, the Nesvizh Palace and Park Complex and the Struve Geodetic Arc. UNESCO experts are closely scrutinizing about 20 objects located on the territory of Belarus, which can be included in the World Heritage List. Among them are: 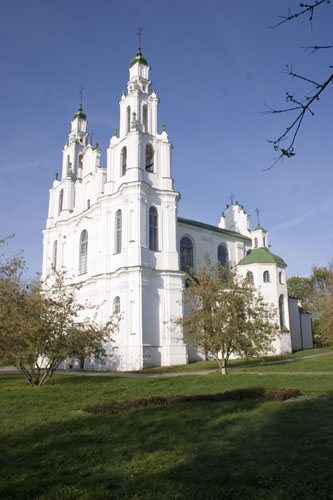 The August Canal  – a unique hydraulic structure of the first half of the 19thcentury. It is a complex system of waterways, rivers, lakes and associated shipping locks and sluices. There are only three such channels in the world: besides the August Canal, these are the Caledonian Canal in the UK and the Göta Canal in Sweden. However, the British and Swedish canals are not as large-scale: the artificially dug canals with total length of about 45 kilometers tied into a single whole more than 35 kilometers of rivers and 21 kilometers of the lake surface, leveling the 54-meter drop of waterline elevations. The canal was built with the help of the latest technology at the time, based on the experience of famous German, British and Swiss canals and was rightly considered a European engineering achievement of its time. Due to it, all the waterways of Central and Eastern Europe are tied together in a knot. The total length of the canal now makes up 102,5 kilometers, 22 of which run through the territory of Belarus (from the Belarusian-Polish border to the inflow to the Neman river).

Saint Sophia Cathedral in Polotsk is a bright example of the late Belarusian baroque, a symbol of equality (with the Second Rome — Constantinople) and rivalry (with Kiev and Novgorod, where there were churches dedicated to St. Sophia). The monument of religious architecture is extant in the form restored by architect Johann Christoph Glaubitz from Vilnius.

The Kamenets Tower  is a monument of defensive architecture of the 13th century. It was built by Prince Vladimir Vasylkovych of Volhynia between 1276 and 1288 as a core element of the defensive system on the western border of the Volyn principality. The round tower with no horizontal and vertical divisions has an outer diameter of 13,5 meters and rises nearly 30 meters above the Lesnaya River. The thickness of the dark-red brick walls of this donjon reaches 2,5 meters. 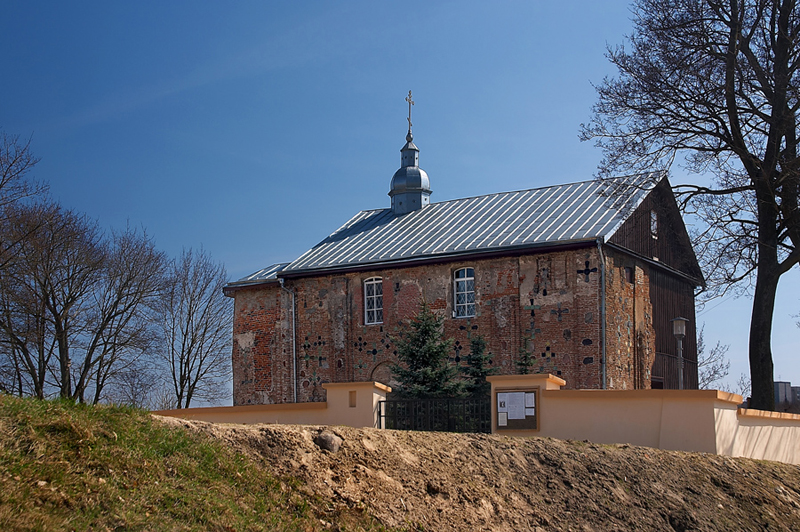 Sts. Boris and Gleb Church in Grodno was built in 1180 by architect Peter Miloneg on the bank of the Neman River in Kolozhan, a holy place among heathens. It is the oldest Christian church in the Grodno region. The Kolozha church was renovated at the beginning of the 16th – 17th centuries. During the past two centuries the monument of religious architecture has been repeatedly threatened by the high bank landslides.

St. Nicholas convent in Mogilev  – is a sample of the Mogilev school of monumental religious architecture developed in the 17–18th centuries. Its characteristic feature was a skilful combination of ancient and Western techniques of temple building. 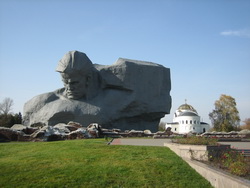 The Gomel Palace and Park Ensemble  – is a monument of architecture of the second half of the 18-19th centuries. The complex consists of six museum objects. All the buildings are monuments of architecture of the 18-19th centuries. The main object is the Rumyantsev-Paskevich Palace. This complex is depicted on the Br. 20.000 bank note of the National Bank of Belarus. 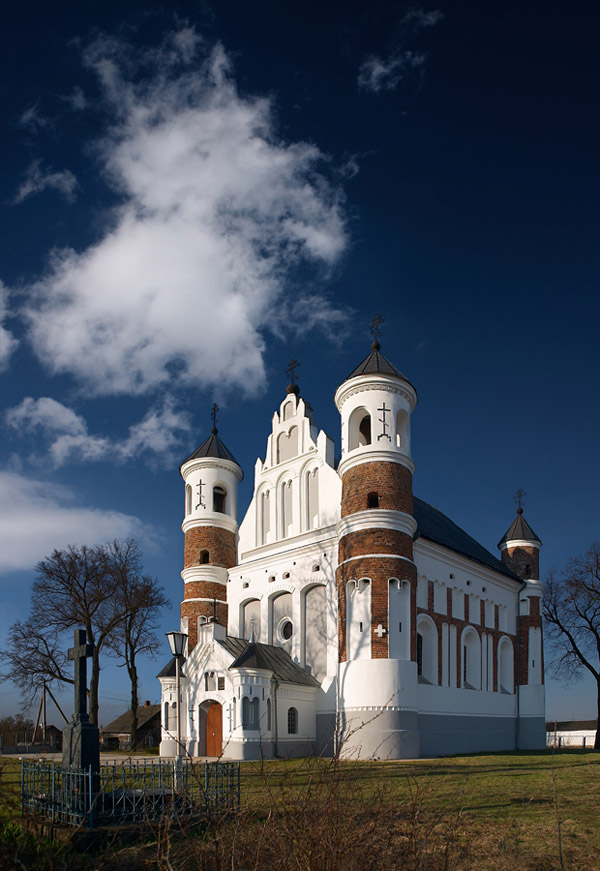 Wooden architecture of Polesie in the Brest and Gomel regions

There are almost no counterparts of the Belarusian churches built in the 16-19th centuries in Europe. 112 religious buildings of wood worthy of attention survived in Brest. 88 of them can be called unique – there are no two identical temples. Crosses created under the influence of paganism are erected on some of them. Experts propose to merge the old wooden churches and buildings of Polesie into one trans-border object, the so-called “Wooden necklace”, covering not only the territory of the Brest and Gomel regions, but also Poland, and possibly Slovakia.

Belarus is also proposing a set of registers of judicial bodies and self-government bodies of the Grand Duchy of Lithuania and Kingdom of Poland for 1416-1795 for inclusion into the Memories of the World Register. The documents (22,955) are kept in the National Historical Archives of Belarus.

Contemporary Belarusian architecture is also of interest. The original building of the National Library is repeatedly listed as a building of most unusual design. Today the Belarusian “diamond” is not only a unique cultural and educational center and a book sanctuary, but also a favorite leisure area of Minsk residents and guests. From the observation deck of the National Library, located at a height of 72 meters, one can see Minsk spread before the eyes. 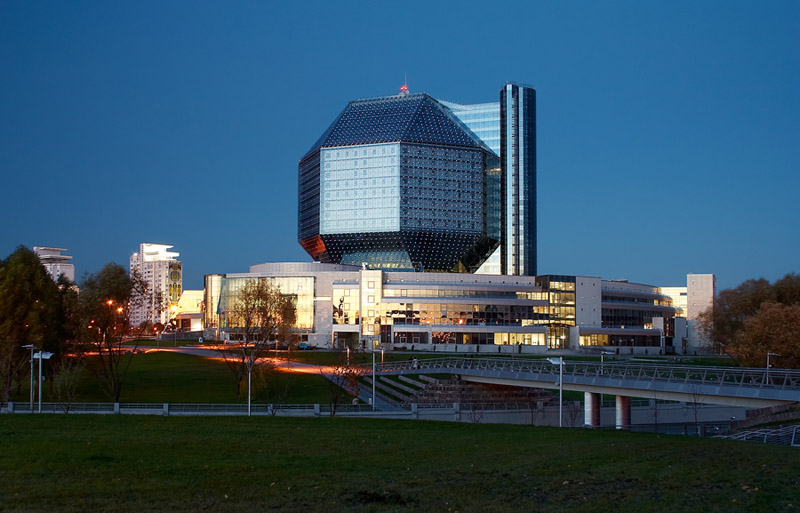