The Belarusian people remember not only the great battles and fights: the traditions and customs of ancestors are also kept in people’s memory. Some of them are even included in the UNESCO World Heritage list. 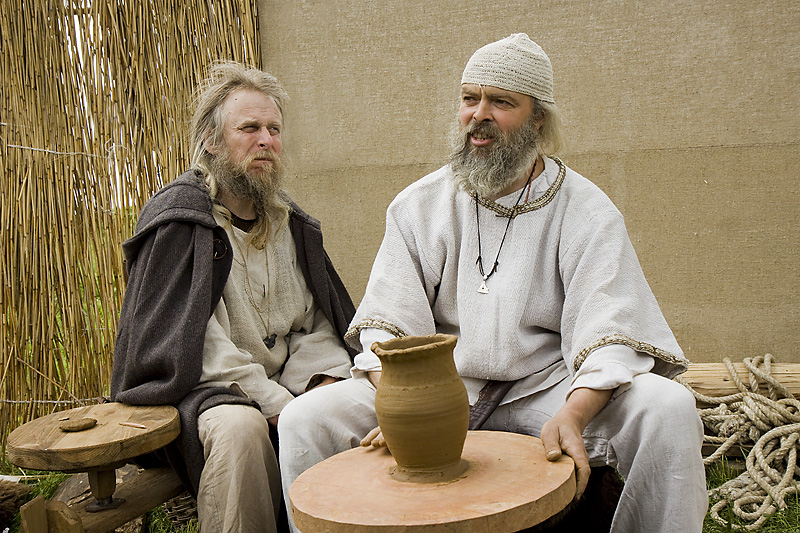 Belarusian folklore and folk traditions, which have passed the test of time and despite the past bans preserved their charm, have become the basis for many tourist events attracting visitors to the country. During the year, national holidays related to the events of the historical past of Belarus are held in all the regions of the country.

You can attend the coronation of the first Grand Duke of Lithuania Mindaugas or the wedding feast of the Grand Duke Jogaila and Sophia Golshanskaya whose blood runs in the veins of many members of the royal families of Europe. You can follow the CNN call and celebrate Christmas and New Year in the Belarusian village Pogost in the Zhitkovichi District of the Gomel Region. In the 2010 seasonal guide, made in the form of a rating list, Pogost village ranked 3rd, leaving behind London, New York, Boston and Salzburg.

All New Year celebrations in Belarus are entirely tied to Kalyady — the ancient pagan ritual with maskers and songs.

The only pagan holiday legalized by the Orthodox Church — Maslenitsa, or Cheese Week — is widely celebrated across the country. Each of the seven days of fun, entertainment and pancakes has its own name (“Meeting”, “Zaigryshi”, “Gourmand”) and traditions.

The traditional “Karagod” rite is conducted in Pogost village on St. George's Day in spring. The rite was the first in Belarus to be awarded the status of intangible historical and cultural value in 2004 and put under state protection. The performer and curator of the rite is the folklore-ethnographic ensemble “Mezhdurechie”. On the initiative of the ensemble, other holidays are organized in the region. 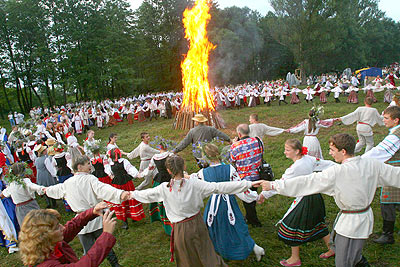 In July Belarus invites to celebrate the Kupala Night – a unique ritual feast, based on close contact with nature. Colorful rituals taking place on the Kupala night include collecting herbs and flowers, making wreaths and floating them on water, jumping over the fire, night bathing and searching for the fern blossom. Most importantly, the guests do not act as ordinary extras, passively watching the show from the stands. They become full-fledged participants of the extraordinary event: in search of the fern flower they roam the actually existing castles and park and garden ensembles, hunt for the treasures of the Belarusian magnates, fight evil spirits of the water and forest and at the same time get acquainted with the geography, history and culture of Belarus.

In modern Belarus the Slavic holiday marking the end of the harvest turned into “Dozhinki” – the National Festival and Fair of Rural Workers, celebrated on a large scale since 1996. The President annually takes part in the celebrations. Each year, the holiday is hosted by a different city. 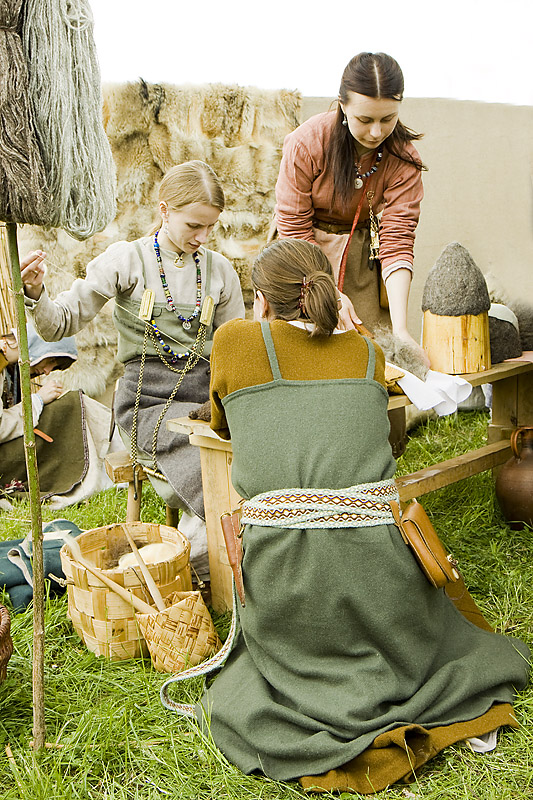 You can try authentic national dishes at the grand festival of the Belarusian cuisine in Motol village which has celebrated its 590th anniversary in 2012. For over 5 years the “Motol prysmaki” Festival has been offering the guests not only culinary treasures, but also works of folk art: weaving, barrel making and straw-braiding.

The Belarusian traditions of needlework deserve special attention. The weaving tradition is also a kind of the country’s brand. Belarus intends to include the unique tradition of fulling woolen hats and boots – “shapovalstvo” — in the UNESCO Intangible Cultural Heritage list. The local masters of the Dribin District of the Mogilev Region pass their skills on from father to son. A workshop was established at the Dribin Historical and Ethnographic Museum where students can learn this craft. There is no doubt that “Katrushnitsky lemezen” in the eyes of the curious tourists fascinated with the history and folk traditions will become a symbol of the hardworking Belarus just like the Slutsk belts, Polesie towels and Bezdezh aprons.