The financial and credit system of the Republic of Belarus comprises the budget segment, the banking system, and financial assets of extra-budgetary funds, enterprises, institutions, organisations and citizens. A unified budgetary and financial, tax, money and credit and currency policy is implemented within Belarus. The national currency is the Belarusian Rouble. The function of management, planning and forecasting in the financial sphere is performed by the Ministry of Finance, the Ministry of Economy and the National Bank of the Republic of Belarus.

The banking system of the Republic has two levels. It consists of the National Bank of the Republic of Belarus and other banks, among which are banks with foreign capital and subsidiaries of foreign banks registered on the territory of Belarus. 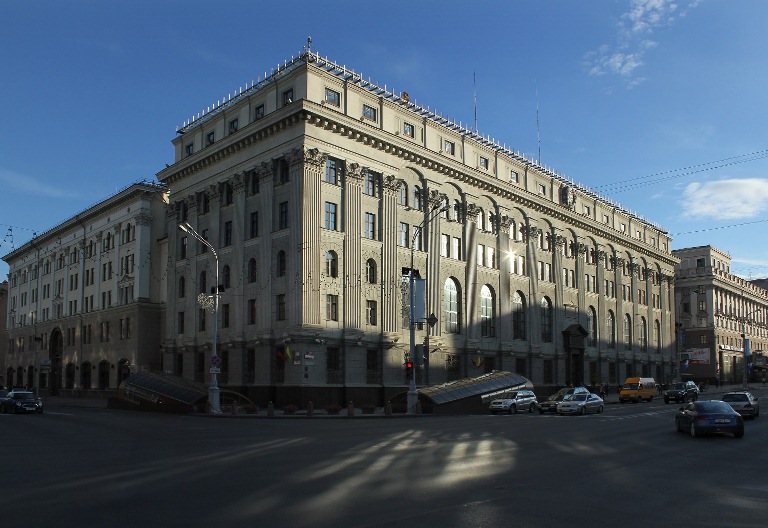 The National Bank of the Republic of Belarus is the first level of the banking system of the country. It performs the following functions: state registration and regulation of the activity of banks, licensing of banking, regulation of credit relations and monetary circulation, determination of settlement procedures and the exclusive right to currency emission. The National Bank is responsible for co-operation with the International Monetary Fund, and also forms part of the Group of Banking Supervisors from Central and Eastern European Countries — BSCEE Group.

The major banks in this category are:

Foreign capital in the banking system of Belarus comes from Russia, Austria, Cyprus, the UK, Ukraine, the Netherlands, Luxembourg, Kazakhstan, Switzerland, Iran, Latvia, Ireland, the USA, and the Czech Republic, among other states.