The education system in Belarus

Belarus is among those countries with a very high Human Development Index. The literacy rate of Belarus’ adult population has always been one of the highest in the world and currently stands at 99.7 percent. Meanwhile, 98 percent of people have basic, general secondary and vocational education. In terms of admission of children to primary and secondary school, Belarus stands among the most developed countries. In recent years, the state has allocated the education system at least 5 percent of GDP: a figure rivalling the volume of funding for education in developed European countries.

Overall, the country has over 8,000 establishments of primary, additional and special education – attended by around 3m children, students and listeners. These are taught by over 400,000 people – accounting for 10 percent of those engaged into the economy.

The education system of the Republic of Belarus

In the ranking of the Human Development Index, Belarus is among the top thirty developed countries, and demonstrates the best result among CIS countries (14th position, shared jointly with Japan and Latvia).

As regards the Education Index, the composite indicator of the UN Development Programme (UNDP), Belarus is ranked 21st.

In Belarus, the ratio of students to total population is among the highest in Europe.

In 2015, the Republic of Belarus joined the European Higher Education Area (Bologna Process), giving indication of the high quality of education in the country.

For the 2015/2016 school year, 3,972 preschool educational establishments were operational in Belarus, including eleven private-run, and the number of attending children stood at 410,500. 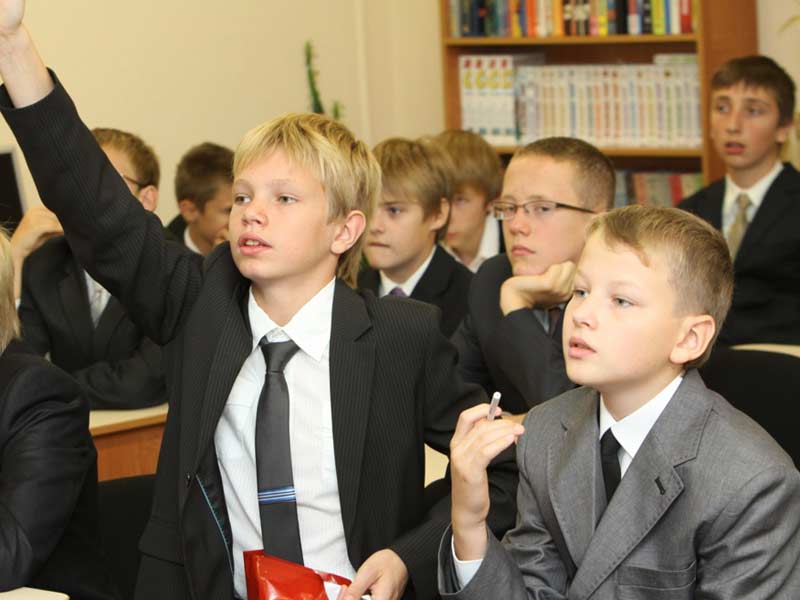 For the 2015/2016 school year, 3,233 establishments of general secondary education were operational (including ten privately-run) attended by 964,900 students in all.

Among the latest trends in general secondary education is the introduction of profile training in high school. General secondary education already widely uses modern information technologies but some gymnasiums and schools have now piloted the introduction of electronic journals, and a ‘cloud’ information-educational environment of high-quality resources and services, using modern technical media.

The Republic of Belarus has made good progress in provision for children with various needs regarding psycho-physical development.

The system provides not only education, but accompaniment, rehabilitation, correctional and educational assistance and upbringing for children at all stages of their socialisation and all age groups (99.2 percent).

Over 70 percent of children with psycho-physical development challenges are integrated into preschool and general secondary education establishments. At present, 240 special educational establishments operate as resource centres, offering material, informational and methodological support, to enhance the quality of special education, and the training of teachers working with these children.

Belarus is proud of its system of professional and secondary special education which, unlike other post-Soviet countries, has been preserved and operates successfully. Our experience is used in Russia and other states. 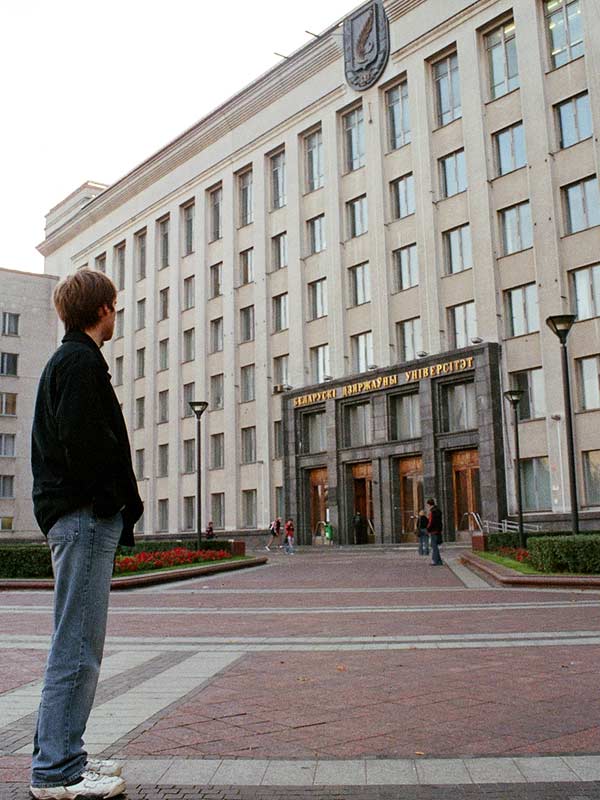 There are fifteen profiles of education, including 382 higher education first stage specialties and 331 second stage.

Higher education in the Republic of Belarus can be obtained full-time (day or evening), or by correspondence / distance learning. Courses are offered in both Russian and Belarusian languages, and in English for foreign citizens.

Post-graduate science qualifications are offered at 119 Belarusian organisations, across 430 specialities, and fifty-six of these have doctorate courses.

Our national establishments of higher education co-operate with over 300 domestic enterprises, and export sci-tech goods to more than thirty countries – including France, Finland, Austria, Belgium, Poland, the Czech Republic, the UK, Latvia, Lithuania, the USA, and Korea.

Higher educational establishments across the regions

In 2012, at the initiative of the Education Ministry, the Centre for International Co-operation in Education was established, as part of the Republican Institute of Higher School State Educational Establishments (hereinafter referred to as the Centre). It promotes consultation for foreign citizens wishing to study in the Republic of Belarus, seeks out foreign partners interested in sending citizens to train in the Republic of Belarus, and distributes information on educational services at Belarusian establishments of higher education to foreign citizens.

The Centre is authorised to conduct activities to attract foreign citizens for study at Belarusian educational institutions, as well as to find partners providing intermediary services abroad, to select foreign students. The Centre also co-ordinates international co-operation between higher educational establishments in Belarus and those abroad.

A video about the opportunities of education in Belarus for foreign citizens can be found here.

The order of enrolment for citizens of Russia, Kazakhstan, Kyrgyzstan and Tajikistan

In line with the Agreement on Granting Equal Rights to Citizens of Member States of the Treaty on Deepening Integration in Economic and Humanitarian Areas, signed on March 29th, 1996, citizens of Russia, Kazakhstan, Kyrgyzstan and Tajikistan enjoy equal rights with citizens of the Republic of Belarus regarding access to higher and secondary special education. They can participate in competition for places allocated to Belarusian citizens, either paying fees privately, or via state funding.

Inter-ministerial agreements in the field of education govern enrolment of Belarusians who are also citizens of the Republic of Lithuania, the Republic of Latvia or the Republic of Poland and/or who reside on their territory. Belarus’ Education Ministry has set mechanisms for enrolment, and for criteria to be met.

The Education Ministry of the Republic of Belarus accepts the above-mentioned categories of citizens for study at Belarus’ higher educational establishments. The exceptions are those affiliated to the military, and those with art and musical focus. It assesses candidates’ eligibility based on files provided by Belarusian public organisations: the Association of Belarusian Public Organisations in Lithuania, the Union of Belarusians of Latvia, and the Belarusian Public-Cultural Association in Poland.

Enrolment of Belarusians from abroad for study in Belarus is conducted in line with the following quotas:

Meanwhile, no more than two from each country are admitted to a single speciality.

If the number of applications exceeds the quota, the above-mentioned Belarusian public organisations liaise with the educational establishments at which representatives of the Belarusian diaspora study. They then select the chosen students, following the Rules of Admission to Higher Educational Establishments, as approved by Belarusian Presidential Decree #80, as of February 7th, 2006 (taking into consideration amendments and additions). Tests may be given on major subjects, in addition to assessing Belarusian and Russian language skills.

Personal files must include a list of documents envisaged by the Rules – including confirmation of candidates’ Belarusian nationality (the birth certificate of a candidate or one of their parents).

The average mark of general education and marks for the two major subjects must be:

Until April 15th of each year, the Ministry accepts preliminary lists of candidates for study in the Republic of Belarus, with specification of higher educational establishments and chosen specialities. Individual candidates’ files may be submitted by July 13th.

Note: all documents must be translated into Belarusian or Russian, verified by heads of corresponding establishments.

Additional education of children and youth

The national system of additional education for children and youth comprises 318 institutions (three Republican and 315 regional).

Around 380,000 people annually master educational programmes of additional education. Qualification improvement for managers and professionals is organised across fifteen spheres, while retraining covers 402 specialities. Continuing professional education is carried out across 3,500 professional categories, at educational establishments and other organisations.