The state supports dozens of sports in Belarus, but primarily those within the Olympic Games programme. The most popular are football, ice hockey, biathlon and tennis.

The leading club is Dinamo-Minsk, which plays in the Kontinental Hockey League (KHL), and hosts home games at Minsk-Arena: one of the largest ice rink venues in Europe. Dinamo Minsk was champion of Belarus in 2007, took second place in 2006, and third in 2008. It has been a medallist in various Belarusian championships, and has twice claimed the Belarus Cup (2005 and 2006).

Over five seasons in the Kontinental Hockey League (since 2008) Dinamo Minsk HC has twice taken part in play-offs, playing worthily against Lokomotiv Yaroslavl and Dinamo Moscow. 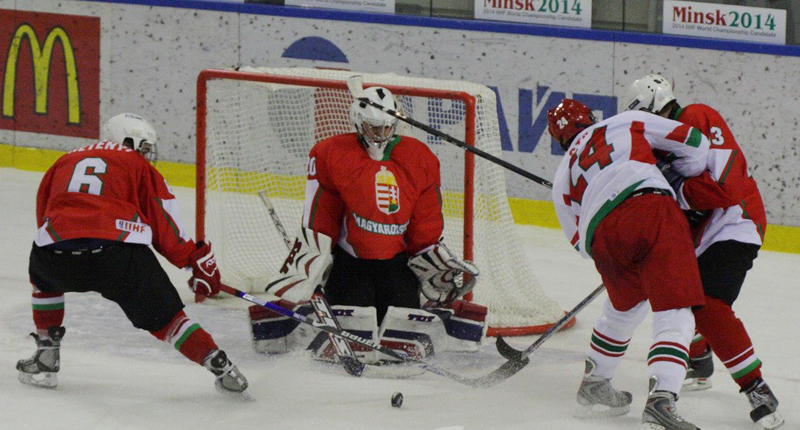 Dinamo Minsk players form the core of the national team of the Republic of Belarus. The Minsk club also includes the Junior Hockey League, Dinamo-Shinnik (Bobruisk), which is the base squad for the U-20 national team of Belarus and Dinamo youth sports school of the Belarusian Physical Training and Sport Society.

The national ice hockey team is a true favourite. It played its first game on November 7th, 1992, and qualified for the World Championship third division. In 1997, the team entered the elite division, in which it debuted at the 1998 World Championship. It has played in thirteen world championships (1998-2001, 2003, and 2005–present) in the strongest division, seeing greatest success in 2006, in Riga, when the team was placed sixth.

The national team of Belarus performed at three Winter Olympics: in 1998, 2002 and 2010. Its highest achievement was fourth place, at the Winter Olympiad in Salt Lake City. Defeating the national squad of Sweden in the quarterfinals, Belarus qualified for the semi-finals.

Following the results of the 2012 World Championship, the national team of Belarus was ranked eleventh in the IIHF world ratings.

Not only professional, but amateur ice hockey is developing in Belarus. There is the amateur Night Hockey League (NHL) in Minsk, with all games held late at night, and the Golden Puck nationwide ice hockey tournament, for children and teenagers.

Football is also very popular in Belarus, as in the rest of the world. Belarus has adopted a programme for its development, with football pitches laid out countrywide. As yet, the national championship doesn’t attract huge numbers of fans.

There are three leagues, with eleven teams playing in the Premier League, from which the national champion is chosen after a three-round tournament.

In recent years, BATE, from Borisov, has been the regular national champion, winning seven times within ten years (from 2002 to 2011). It has been the undoubted leader of Belarusian football, and has done well internationally. From 2008 to 2012, it took part in the group round of the UEFA Champions League three times, and twice qualified for the group round of the European League. BATE holds home Champions League games, in Minsk, at Dinamo Stadium, which holds 30,000, arousing great interest among Belarusian fans. 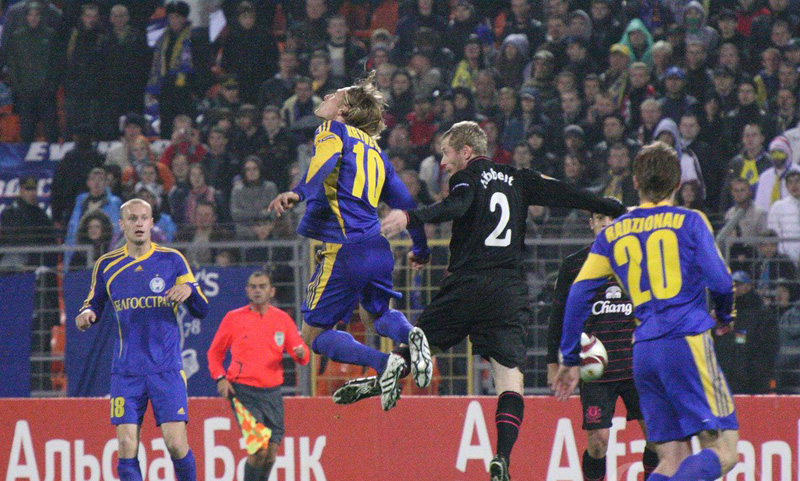 BATE achieved its greatest success in the Champions League in 2012, at the start of the group tournament, beating Lille of France and Munich’s Bayern, both 3:1. 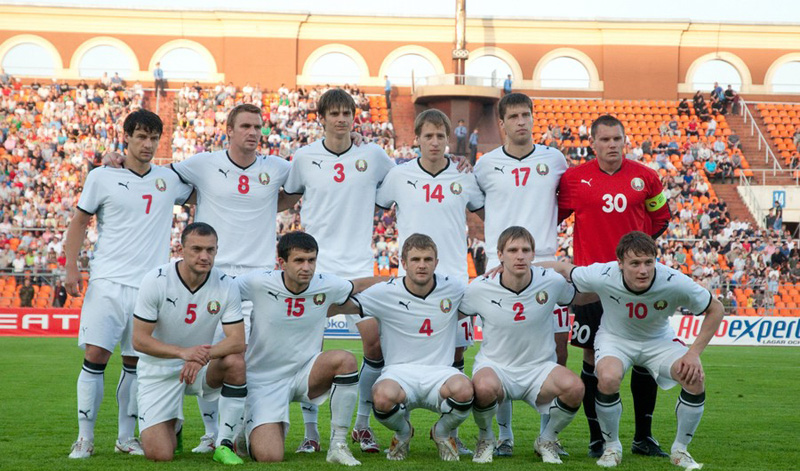 The most famous footballer in Belarus is Aliaksandr Hlieb, who has played for Germany’s Stuttgart, England’s Arsenal and Spain’s Barcelona. He now plays for BATE. 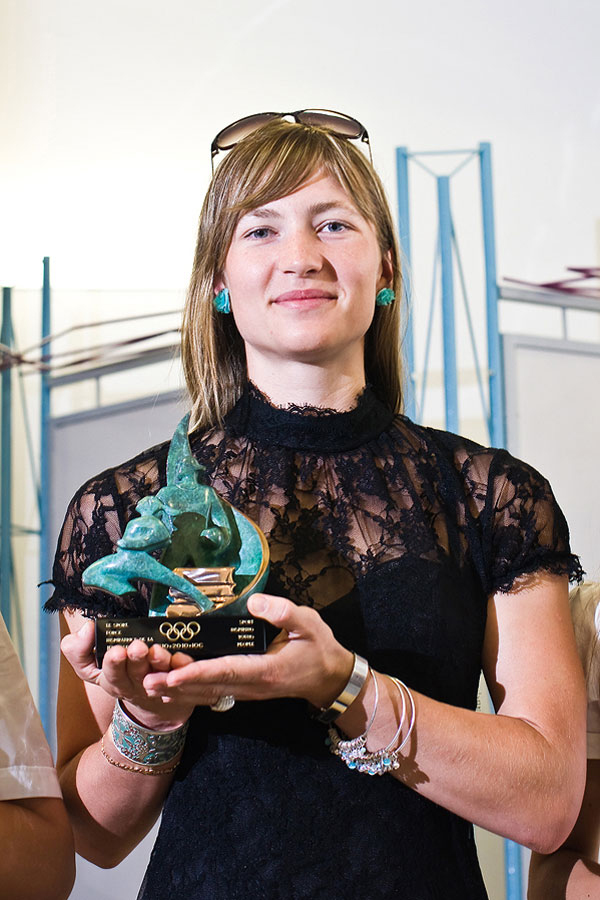 In recent years, attention has been focused on Darja Domračava, one of the strongest biathletes worldwide. Her competition with Magdalena Neuner of Germany became the talk of the 2011/2012 season. Darya was world champion in the pursuit race in 2012, and a bronze medallist at the 2010 Olympic Games. She won the Small Crystal Globe, following the World Cup 2010/2011 season, for her mass start success. She also claimed two Small Crystal Globes following the World Cup 2011/2012 season. For her supremacy in the pursuit and the mass start, in 2010, she was named ‘best biathlete of the year’ according to the Biathlon-Award. Right after winning the World Championship in 2012, she was awarded the 3rd Degree Order of the Motherland.

Since 2012, the men’s national biathlon team of Belarus has been coached by famous Frenchman Rafael Poiree. 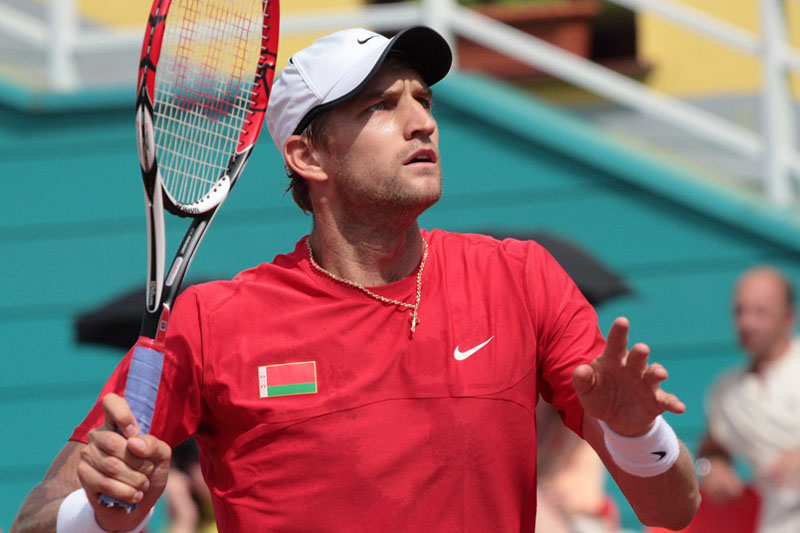 Despite the fact that Belarusian tennis lacks the abundant traditions of the UK and Spain, fans attentively follow WTA and ATP tournaments. Belarusians have entered the world tennis elite, often claiming victories.

Viktoryja Azáranka is seeded first by the WTA, while Maksim Mirny is the longstanding leader of the world doubles ratings. Viktoryja is one of the most famous tennis players worldwide, having won the Australian Open singles in 2012 and having claimed fourteen WTA victories. She was awarded a 3rd Degree Order for her victory in the Australian Open. 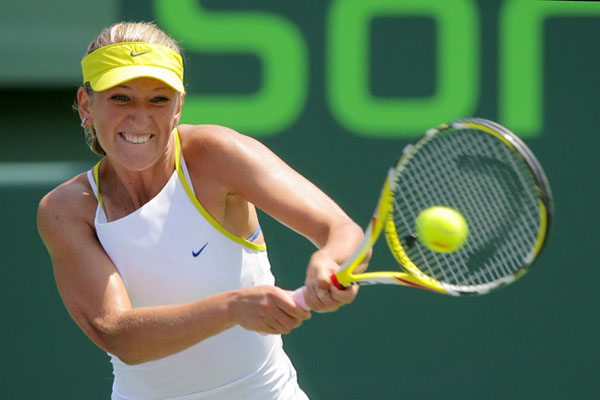 At the London Olympics, first seeded Viktoryja Azáranka and Maksim Mirny paired up to win the mixed doubles, beating British pair Andy Murray and Laura Robson in the finals.