Traditionally the acquaintance with any country begins with the capital. Minsk is not a young city, the first reference to it was made in chronicles in 1067. Unfortunately, the ancient town did not preserve that many material proof of its centuries-long history: during World War II it was nearly destroyed and literally rose from the ashes. The main line and the longest street of the Belarusian capital is the Nezavisimosti Avenue famous for its unique buildings in the style of “Stalinist Empire”. The group of buildings on the avenue and the adjoining streets qualify for being included in the UNESCO World Heritage List. 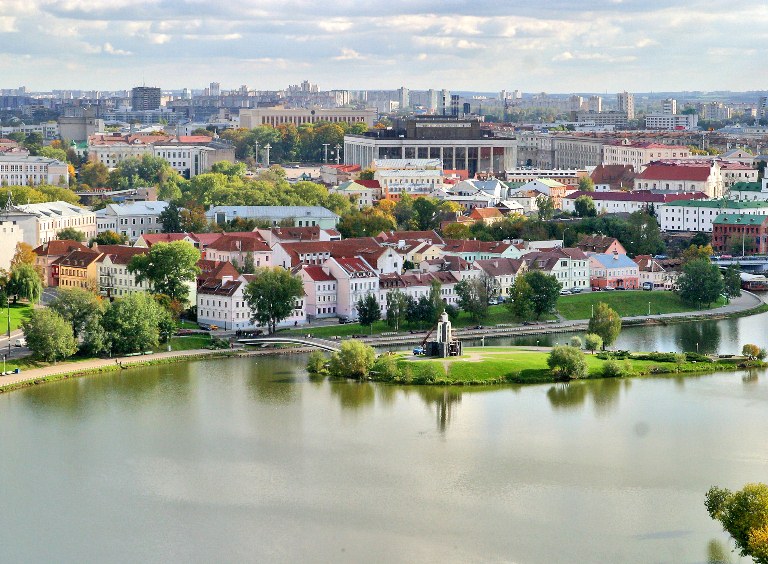 The trademarks of the capital are the Church of Saint Simeon and Elena, which is often called the Red Church, the snow-white town hall on Svobody Square, the Upper Town – the heart of Minsk, where the two main churches of the Belarusian capital are located: the Orthodox Cathedral of the Holy Spirit and the Catholic Cathedral of the Holy Virgin, the cozy Trinity Suburb and the 40-meter obelisk on Pobedy Square. Several years ago the capital received a new trademark – the building of the National Library of Belarus in the form of a giant diamond.

After discovering the capital, you should definitely travel around its outskirts, because a lot of objects worth your attention are located not far from Minsk. This is the Museum of Folk Architecture and Culture on the banks of the river Ptich, between the villages Ozertso and Strochitsa. In this unique museum you will have the opportunity to get an idea of what Belarus was like in the previous centuries, to explore the traditional architecture typical for each ethnographical region. In this museum you can see not only the traditional peasant’s huts, but also multiple household outbuildings – sheds, barns, windmills and wooden churches built without nails.

The Museum of Material Culture “Dudutki” established in 1993 by the writer Evgeny Budinas is located 40 km away from Minsk, on the banks of the river Ptich. For 130 years the Dudutki estate belonged to the representatives of the noble Yelsky family. Today it is possible to dive into the atmosphere of the unhasting 19th century and even try out traditional Belarusian crafts. 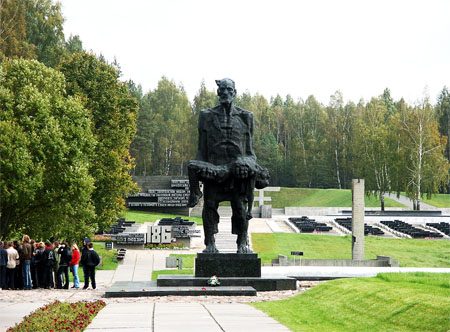 One of the most popular resting places of the city dwellers is the Zaslavl water basin, more know as the MinskSea. The sanatorium “Yunost”, several preventoriums, sports complexes and children’s holiday camps are located on its banks. Lately fans of windsurfing, a sport which is still exotic for Belarus, have been training here.

The small cozy town Zaslavl is called the “satellite” of Minsk. It is located only 27 km away from the capital. The Historical and Cultural Museum- Reserve “Zaslavl” is located there. The territory of the reserve includes the Zaslavl Castle, ancient settlements, burial mounds, the Church of the Blessed Virgin Mary, the Spaso-Preobrazhensky Church, and the remainders of the estate of the 17-19th centuries. There is also a museum and exhibition complex, the ethnographical complex “Mlyn” (“Mill”) and the Children’s Museum of Mythology and Forests.

The historical and cultural complex “The Stalin Line” is located not far away from Zaslavl. It is a reconstructed fragment of a fortification chain which appeared before World War II.

The most famous equestrian club is located in Ratomka. Fans of horseback riding can get a ride in the riding hall, and newcomers can take several lessons from experienced trainers. 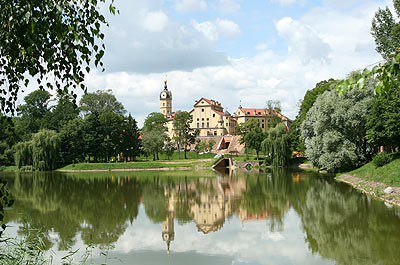