Chalk quarries near Wołkowysk city have become one of the most popular places in Belarus in a short time. Neither the complexity of the route nor prohibiting signs (for the moment the quarries are a technical object, not tourist) can stop the tourists on the way to this place. 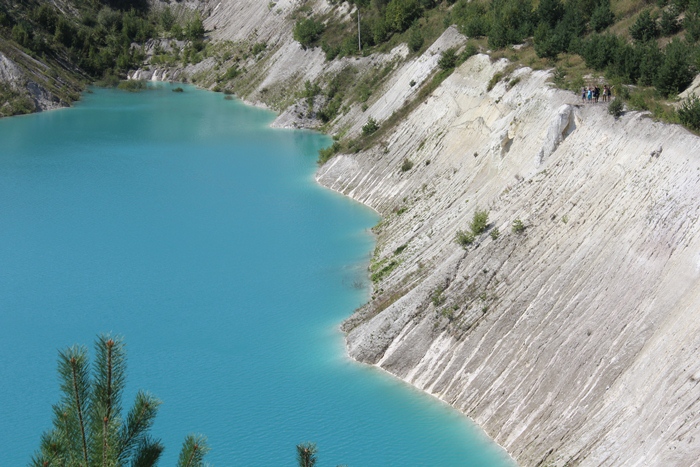 Since tourists discovered this place, chalk quarries have received a variety of names, including “Belarusian Maldives” and “Tourist Mecca of Belarus.”

The reason was the incredible popularity of the color of water. Chalk quarries, as can be seen from the name, were created for the extraction of chalk. As the time passed, the used quarries filled with water.

Because of the residual chalk, water purchased bright turquoise, azure and emerald tone colour. The water in the quarries is potable, and you can find fish in some of them, which attracts not only tourists, but the fishermen.

Chalk quarries near Wołkowysk occupy the area of about 300 football fields. The length of each ranges from 1 to 4 km, depth — to 10-15 meters.

Quarries are in the lowland and the bank has vertical descent, so you need to be very careful there.

It should be noted that about 30% of all cases of drowning in Belarus take place at the chalk quarries. This is mainly amateur diving at great depths. Quarries are declared danger zone, at the moment it is prohibited to be there.