50 things to do in Belarus 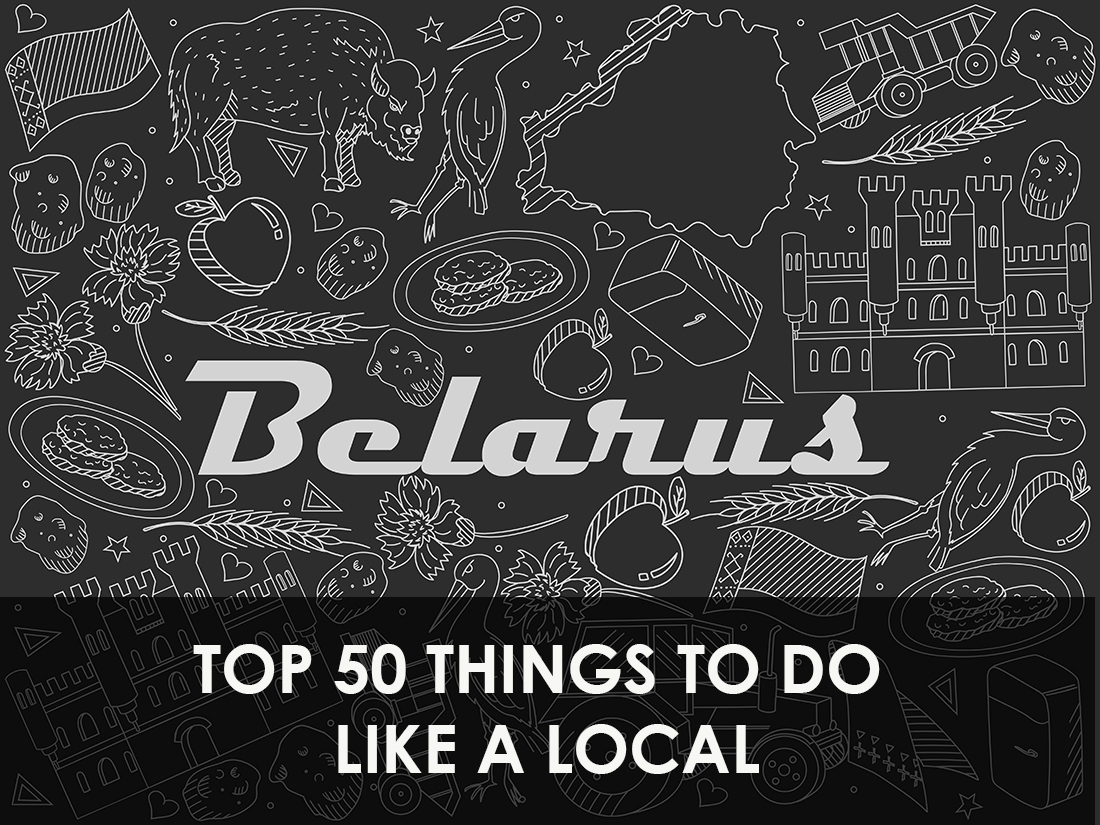 Here on our website we have created a unique guide to the most vivid impressions that  a tourist can get by traveling around Belarus.

Belarusians put their hearts and souls into this list to help our foreign guests to experience Belarus to the fullest!

That is why we are happy to challenge you: how many of these 50 things can YOU do during your next trip around Belarus? 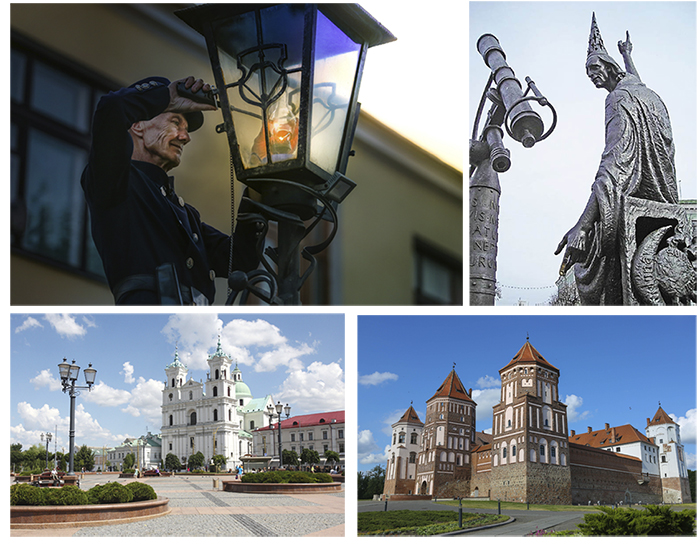 ♦ Check your watch with the oldest existing tower clock in Europe located in the tower of the St. Francis Xavier Church in Grodno 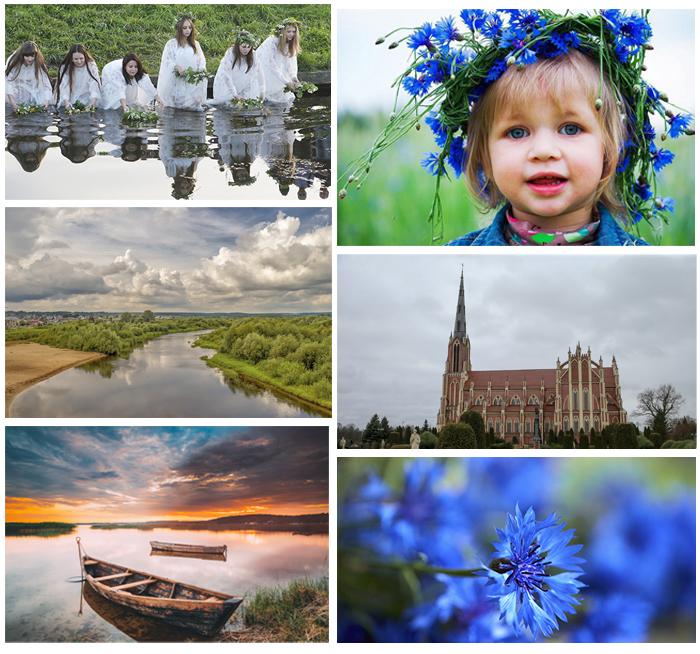 ♦ Plunge into the history by visiting ancient Belarusian country estates

♦ Twist cornflowers into a wreath

♦ Try to weave a traditional rushnik (a homespun towel embroidered with ritual symbols and cryptograms) in the village of Neglyubka, Gomel region

♦ Climb the tower of the Roman Catholic Church in the township of Gervyaty, Grodno region, and enjoy the panoramic view

♦ Learn a football chant at the match in Borisov Arena 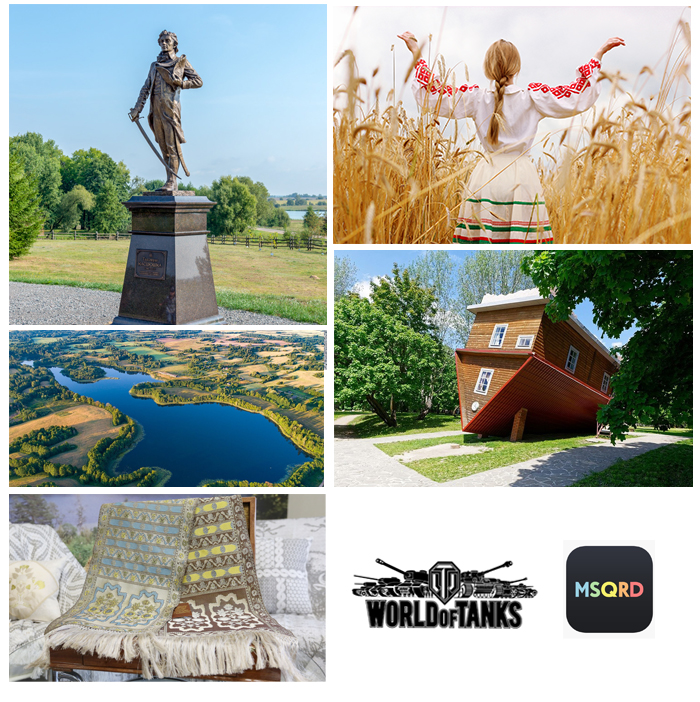 ♦ See the Faberge eggs and other exhibits in the Museum of Rescued Art Treasures in Brest, which was opened based on the things confiscated by border guards

♦ Walk down the sobriety alley in the township of Mosar, Vitebsk region being sober 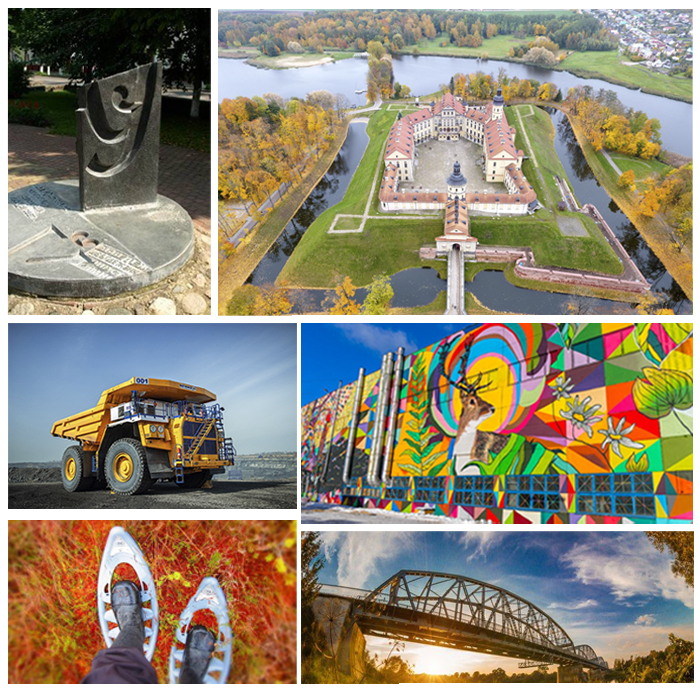 ♦ Try swamp shoes to be able to go through the swamp, collect cranberries and see cranes

♦ Take part in the traditional potato harvest in the fall

♦ Step the longest suspension bridge in Belarus located in the town of Mosty, Grodno region

♦ Find the Centre of Europe in Polotsk, Vitebsk region 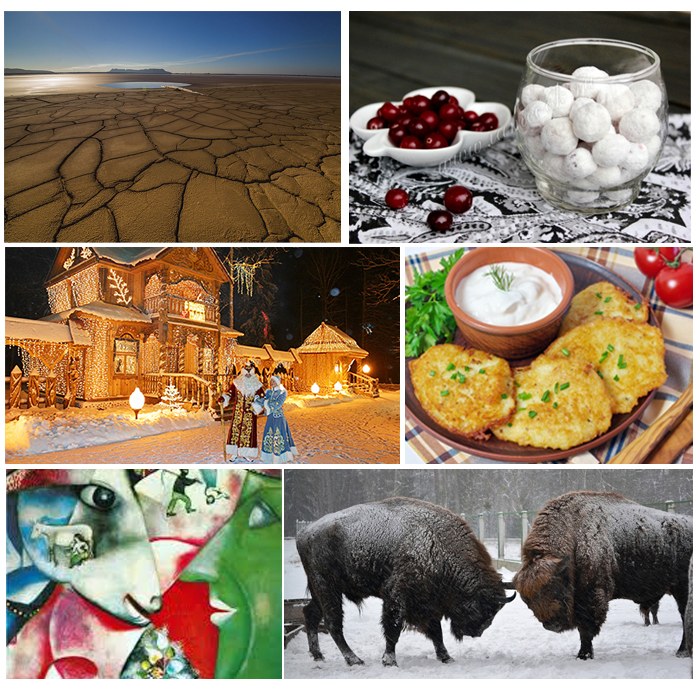 ♦ Take a photo of salt mountains in Soligorsk at sunset

♦ Try to solve the John F. Kennedy murder riddle looking into the windows of Lee Harvey Oswald’ apartment in the Ploschad Pobedy area in Minsk

♦ Connect with the Soviet era in the Memorial Museum-Workshop of the Belarusian Soviet sculptor Z.I. Azgur